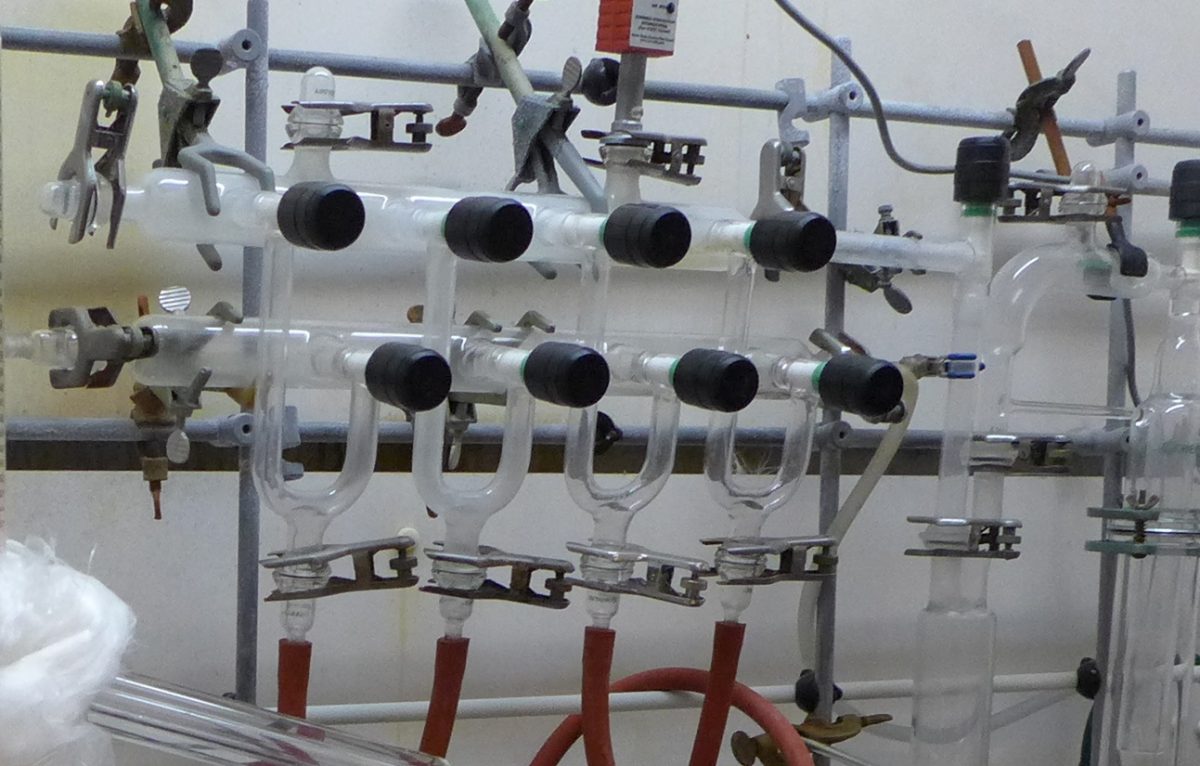 Silatronix, a University of Wisconsin—Madison startup that has invented a safer electrolyte for the lithium-ion batteries used in phones, laptops and tablets, says its formulation has survived several years of evaluation and is now moving into pilot production at a major Japanese battery manufacturer.
The company cannot be identified, but it is known around the world, says Silatronix co-founder Robert Hamers, a professor of chemistry at UW–Madison.

A lithium electrolyte is the heart of the market’s lightest, most powerful batteries. But lithium batteries occasionally rupture and burn or explode.

The idea for the original Silatronix invention, a safer electrolyte, was hatched in one of those chance meetings beloved among advocates of scientific innovation. Hamers says Robert West, a chemistry colleague, “was literally walking down the hall, and he asked me, ‘Do you have anybody who can do electrochemical measurements?’ I told him we measure the current-voltage relationships at solid-liquid interfaces all the time, and he started talking about a new electrolyte for a lithium ion battery he was developing.”

In a battery, an electrolyte transports electrons or ions between the two electrodes, which connect to the two contacts on the exterior.

In 2004, West and Hamers invented their first improved electrolyte. By incorporating silicon, the electrolyte became more stable and less likely to break down and burn or explode.

The invention was not an immediate business success, however. In 2006, Hamers and West co-founded Silatronix and discovered that safety alone would not persuade the massive lithium-ion battery industry to switch.

For 25 years, the industry has used a few electrolyte compounds, Hamers says, “and replacing them with our formulation would require a major leap of faith — unless we could prove a major performance enhancement.”

So Silatronix continued synthesizing silicon-bearing electrolytes and testing their safety and storage capacity. “We built a library of compounds, and eventually invented ‘third generation compounds’ that work phenomenally well,” Hamers says. “Not only do they have better performance than any other electrolyte, but also have this added safety benefit as they’re much less flammable.”

Surprisingly, even a small percentage of the third generation compound substantially improved the performance of a conventional electrolyte while shutting down the mechanism that makes the flammable gas. “Now we can charge the battery to a higher voltage, yielding more energy capacity per unit of weight,” Hamers says.

About three years ago, Silatronix finally attracted attention from the Japanese manufacturer, and since then has added staff in Japan to usher its electrolyte toward full production, scheduled for 2017. Silatronix plans to contract out electrolyte production and sell it to battery makers.

Meanwhile, Silatronix continues to innovate at its east side Madison offices. “We know the essential structure of the electrolyte, but we continue trying to understand what parts are important and what parts are not,” says Deb Gilbert, director of research and development.

As the company plans to expand its lab space, “we are also trying to protect ourselves,” Hamers says. “If there are other good molecules out there, we want to know about them to protect our patent.”

Several patents on the silicon-bearing electrolytes, based on discoveries in Hamers’ lab, are held by the Wisconsin Alumni Research Foundation. License fees paid to WARF support further research at UW–Madison. Silatronix itself holds a patent on the third-generation electrolyte that is now entering production in Japan.

The twists, turns and near bankruptcies during Silatronix’s decade-long history must be judged in the context of an industry that is both highly competitive and highly conservative, says Silatronix CEO Mark Zager.

The 14 employees of Silatronix must compete with chemical industry giants like Samsung, Sony, Panasonic, Hitachi, Dow and BASF, Zager adds. “All of these firms have tried to increase efficiency and reduce the potential  for leaking and exploding. It’s quite a challenge to make an improvement on something that the best and brightest have been optimizing for 20 years, but Silatronix has succeeded in accomplishing that.”

“This is another case study in what is really good about being an entrepreneur in Madison,” Zager says. “We’ve had support from two very strong investors: WARF and Venture Investors LLC. Otherwise, we would not have been able to support this research over such a long period.”

“A successful university spinoff benefits the state economically, but it also offers a tremendous boon to students. The vast majority of graduate students in chemistry go into industry, and I can do a better job of educating students because I’ve seen what it takes to run a business.”