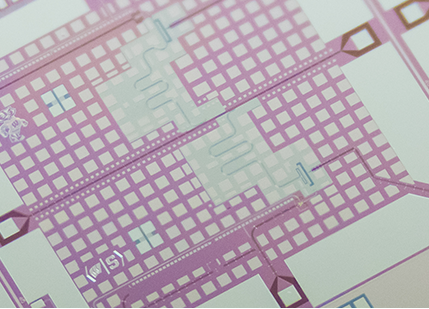 To address a growing demand among tech businesses for expertise in quantum computing, the University of Wisconsin–Madison Department of Physics is launching a new master’s degree designed to quickly prepare students to contribute to the burgeoning field.

In a single calendar year, the program will catch students up on the fundamentals of quantum physics, cover the theory behind quantum computing, and teach students laboratory skills to construct the devices. The department is accepting applications for the Fall 2019 semester now through March 15.

UW–Madison’s master’s in quantum computing will be the first such program in the United States, says degree coordinator Robert Joynt, and only the second of its kind in the world.

Although practical versions may be many years away, quantum computers have the potential to vastly outperform classical computers — those we’ve grown accustomed to — in key areas such as encryption and security. Since the early 2000s, the UW–Madison physics department has developed a leading quantum computing research program.

In the last few years, companies like Microsoft, Google and Intel began to open up their own quantum computing projects and recruit graduates from UW–Madison and elsewhere, creating a shortage of workers with the necessary skills.

“That means the number of jobs is taking off,” says Joynt, a professor of physics at UW–Madison.

In response to the evolving job market, Joynt worked with others in the department to design the new degree program to help those who are looking to break into the new field quickly acquire the right knowledge.

The program is designed both for students with physics backgrounds and people from fields like electrical engineering or computer science, who may not have experience in quantum mechanics. The curriculum covers those fundamentals early, before advancing to the unique physics underlying quantum computers.

UW–Madison’s master’s in quantum computing will be the first such program in the United States.

Quantum computers can theoretically achieve significant improvements over classical computers because of how they encode and process information. While classical computers are composed of bits that are either off or on — a 0 or a 1 — the unintuitive laws of quantum mechanics allows quantum bits to simultaneously encode both 0 and 1. The resulting increase in complexity permits exponential increases in computing power.

Colleagues tell Joynt they’re thrilled to design the new program. It’s a challenge to develop a degree without looking to peer institutions, Joynt says, but also an exciting opportunity to create new opportunities for students from scratch.