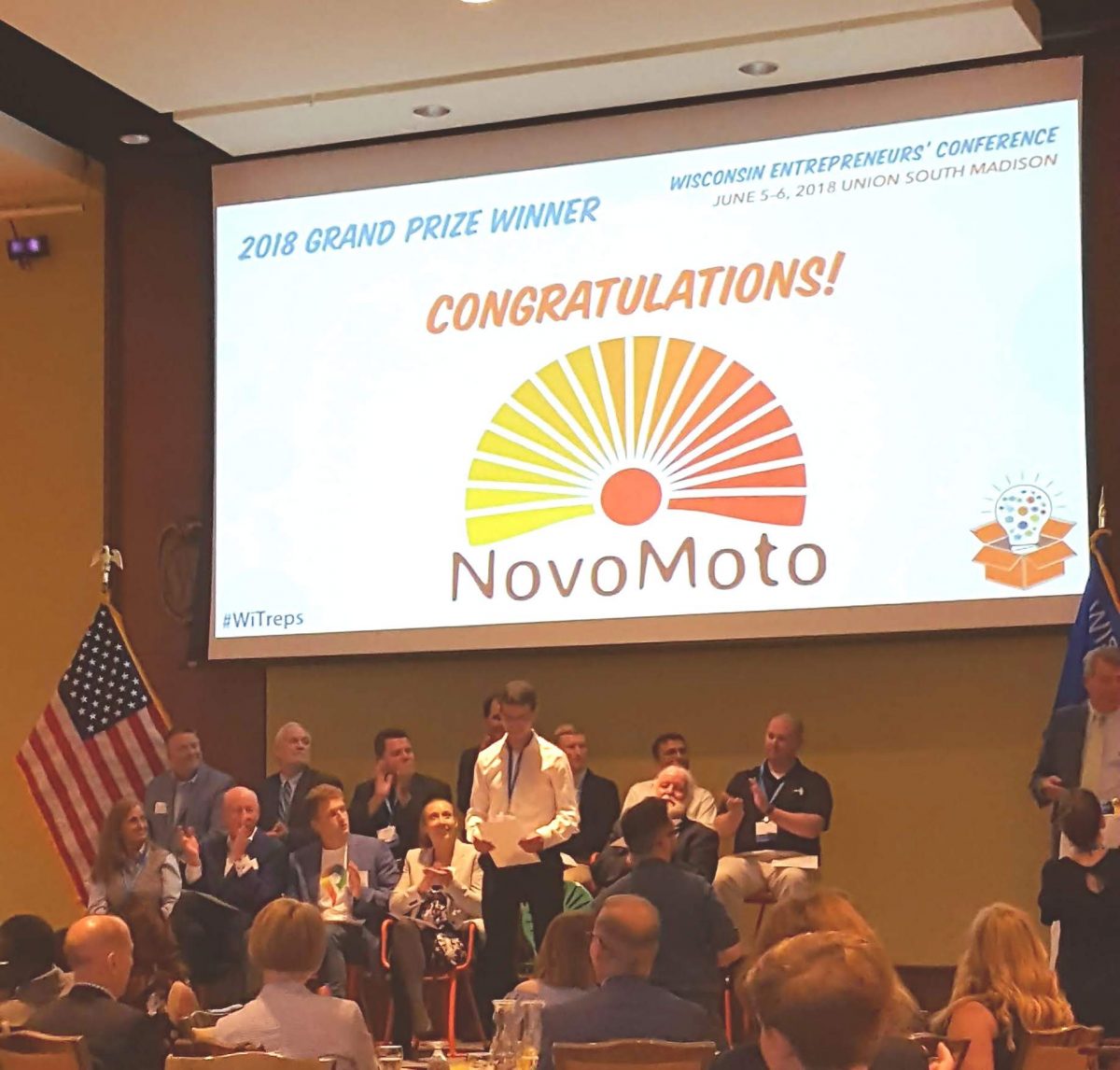 A University of Wisconsin–Madison startup won the grand prize and three others won top awards in their categories in the 15th annual Governor’s Business Plan Contest on Wednesday.

The contest was organized by the Wisconsin Technology Council and sponsored the Wisconsin Economic Development Corp and by a wide range of public interest groups, technology businesses and providers of services to entrepreneurs.

The contest began in January with 196 entries from 56 Wisconsin communities and was winnowed to 12 finalists, who gave seven-minute pitches on Tuesday at the Wisconsin Entrepreneurs’ Conference on the UW–Madison campus.

“We are pleased, happy,” said co-founder Mehrdad Arjmand, who recently earned a Ph.D. from the UW in engineering mechanics. “NovoMoto provides electricity to off-grid communities in Africa by providing solar lighting systems. They are now using kerosene, and that’s unhealthy and dangerous. We help them pay for the system in small installments. People in rural Africa cannot afford $100 or $200 (up front) for a system.” After a buyer pays the $2.15 per week payment, they receive a text with a code to unlock the system for another week. “After three years, they own the system,” Arjmand says.

Three other businesses rooted at UW–Madison were also recognized at the contest: