Being a UW–Madison student means having the qualifications and the credibility to compete for some of the top internships across the country and the world. Many Badgers used their summer break to do just that — gain vital job experience while also learning about new cultures and having a lot of fun.

“Internships have become increasingly important for students as a way to enhance their workplace-applied skills,” says Joel Clark, who advises students and helps facilitate internships for the political science and sociology departments and international studies majors. “This kind of experience is exactly what employers want to see.”

Here’s a sample of some of those amazing internships and how companies can connect with students like these.

If you attend the 2020 Tokyo Summer Olympics and don’t get lost, you might have Drescher to thank.

During his internship with Japan’s busiest high-speed rail operator, the UW–Madison junior assessed station signage, ticketing information and train schedules, then made recommendations to address problems that could flummox foreign visitors.

He also helped write 30 pages of English language guidance to assist station staff and train crews, and, in a highlight, gave a presentation to the company’s chairman.

“The internship broadened my global perspective and helped me better understand how the world works,” he says.

Connect with the International Internships Program 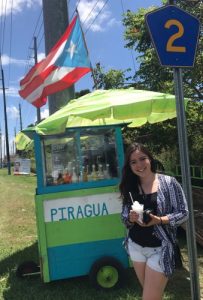 Internship: AbbVie, a developer of biopharmaceuticals, at its facility in Barceloneta, Puerto Rico

Mondin spent a lot of her summer in a sterile environment — in a good way.

The UW–Madison senior learned how to don layers of protective gowning to prevent contamination on days when she shadowed operators inside the manufacturing area at AbbVie’s biological plant.

“That was a new experience for me,” she says. “You felt like a surgeon when you were done getting ready.”

Mondin worked with a team at the plant that studies and tests how to bring greater efficiency to manufacturing processes. She also helped take step-by-step operational processes, or “recipes,” and convert them from paper-based directions to electronic ones.

She appreciated the opportunity to apply her classroom learning to the real world.

“As an engineer, what we take to the workplace is not the thermodynamics theories or fluid dynamics problems we have learned in class, but the problem-solving and critical-thinking skills we develop from solving all those textbook problems,” she says.

Bonus perk: Learning how to make mofongo, a traditional Puerto Rican dish with fried plantain as its main ingredient.

Connect with the International Internships Program 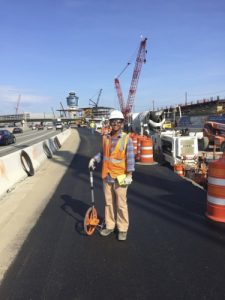 Saha, a fifth-year senior, grew up just 10 minutes from LaGuardia Airport. Given his familiarity with the area and his interest in construction management, his summer internship was a perfect fit.

He spent three months on site at LaGuardia amid a major terminal remodeling project. He assisted engineers in a variety of tasks, from estimating the amount of concrete needed for a temporary road to logging the movements of trucks and their cargoes.

It wasn’t glamorous — he worked out of a trailer, and his bathroom was a porta-potty — but it was everything he hoped for.

“It was an introduction to a whole new world, one I could see myself being a part of,” he says.

Bonus perk: Assisting with the pouring of a major concrete bridge abutment, which involved conquering his fear of heights and climbing a 60-foot ladder. 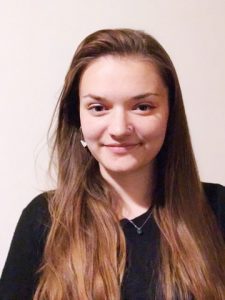 Community organizers are taught that they can’t simply go into a neighborhood and tell people what to do. They need to solicit input from residents.

Helm-Hernandez did just that this summer. The UW–Madison junior, an aspiring community organizer, spent three months helping Neighborhood House learn more about its clients in the West Seventh Street neighborhood of St. Paul, where it plans to expand its services.

She designed a “needs survey,” organized meetings, and interviewed those who live and work in the area.

“I now see how important it is to ask community members what they think of it all,” she says. “I couldn’t get that from a textbook.”

Bonus perk: Being given so much freedom and responsibility. “It felt like a real job,” she says. 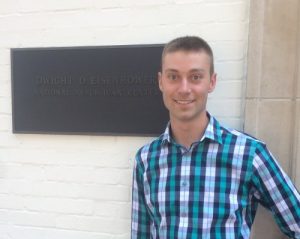 At UW–Madison, Strother keeps his political views mostly to himself. But this summer, he landed very much in the thick of the national debate.

As an intern in constituent services at the Republican National Committee, Strother estimates he answered 180 phone calls a week, often from people angry about something.

Some callers felt the RNC wasn’t sufficiently supporting President Trump. Others were disappointed in their elected officials and wanted the RNC to boot the politicians from the Republican Party.

“The first couple of calls, it’s kind of scary,” says Strother, a junior. “Then you realize they’re mad at the system, not you. I quickly learned how to problem-solve and think critically on my feet. My ability to communicate about politics in a professional setting improved.” 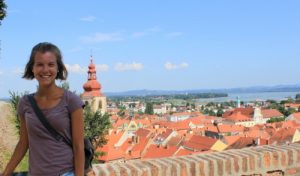 Lied, a UW–Madison senior, is interested in a career in diplomacy. Her time at the U.S. embassy provided invaluable insight into which positions she might want to pursue and how to navigate the application process.

She assisted with many embassy tasks. For the public affairs department, she photographed the U.S. ambassador during outreach visits. For the executive office, she managed documents. For the political department, she took notes during official meetings with the foreign ministry.

“Being able to shadow officers during their daily meetings and tasks helped me better understand how an embassy functions,” she says. “I was able to get advice from current professionals and build my network of contacts.” 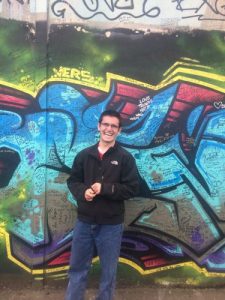 Georgia-Pacific is one of the world’s largest manufacturers of paper products, but it also buys and distributes items from other companies to broaden its product lines.

That turned out to be one of the tasks Daniels was given. A couple months in, he realized he’d placed orders for more than $500,000 worth of straws, paper plates and paper towels from other companies.

“I was very shocked when I totaled all the numbers,” says the UW–Madison senior.

His internship will last six months, ending on Dec. 1.

“It extends my schooling longer, but it is so worth it,” he says.

Connect with Wisconsin School of Business 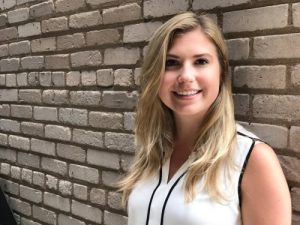 Price has been covering state politics for The Daily Cardinal, the student newspaper, for two years. Yet interning for the state’s largest daily newspaper in its Madison bureau upped the stakes, giving her articles a broader audience.

“People are very invested in what you’re writing about — you get a lot of views and comments online, and your story can get picked up by USA Today,” she says.

One of her stories, about a lack of direct care workers for the elderly in Wisconsin and nationally, ended up on the front page as the centerpiece article, a highlight of her summer. Even sweeter: She’d pitched the idea for the story herself.

“The internship gave me hands-on experience at a dedicated, professional and fast-paced newsroom,” says the UW-Madison junior.

Bonus perk: Interviewing Gov. Scott Walker as part of a gaggle of reporters.