The University of Wisconsin—Madison is one of only three public universities that made the top 10 list of colleges that produce the most Fortune 500 CEOs.

The list, compiled by Money Magazine, uses data from the educational backgrounds of the recently released Fortune 500.

“With strong business and engineering programs, as well as a reputation as one of the top state flagship universities in the country, it’s little surprise UW is one of three public colleges to break into this top 10 list,” says Money Magazine.

“The University of Wisconsin—Madison not only prides itself in offering a world-class education but in preparing our students for success after graduation,” says Chancellor Rebecca M. Blank. “Being a CEO requires nimbleness across a wide set of skills. I am always pleased with how many Badgers end up in business leadership roles.  This showcases the value of a UW degree.”

UW-Madison alumni mentioned in the list include: Thomas J. Falk of Kimberly-Clark, David J. Lesar of Halliburton, Thomas A. Kingsbury of Burlington Stores and Keith D. Nosbusch of Rockwell Automation.

Not only does UW–Madison have numerous graduates who become top CEOs, many give back to the university to help future graduates. Falk and his wife, Karen, who is also a UW–Madison graduate, are donating $10 million to need-based scholarships and endowed faculty positions. 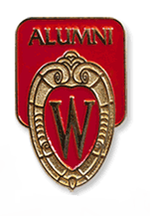 ong tradition of graduating inspiring leaders who form trusted relationships to improve lives,” said François Ortalo-Magné, Albert O. Nicholas Dean of the Wisconsin School of Business.  “It’s affirming to see so many of them rise to positions of leadership in Fortune 500 corporations.”

While the list shows business, economics and engineering to be popular areas of study for CEOs, others majored in such diverse subjects as art history, geology, psychology and history. There are 173 who received a master’s of business administration. Overall, the Fortune 500 crew attended 220 different colleges for their undergraduate degrees.

Of the 25 colleges that graduated the most CEOs, five are traditional liberal arts colleges, four are in the Ivy League, eight are public universities, and three are colleges known for their elite technology and computer science programs.

UW-Madison also performed well in similar rankings, with U.S. News & World Report ranking the university fourth among leaders in producing CEOS in 2010, behind three Ivy League Schools. The magazine said UW–Madison “stood out among its state school peers,” awarding 17 degrees to the CEOs and ranking ahead of Dartmouth College, Stanford University and the University of Michigan-Ann Arbor. The University of Notre Dame, University of Texas-Austin and Cornell University rounded out the top 10.

Businessweek wrote: “Today’s CEOs are less likely than predecessors to be company loyalists or military veterans, says the latest census by recruitment outfit Spencer Stuart. They’re also more apt to know the words to ‘If You Want to Be a Badger.’”