One started a scholarship for her fellow undergraduates. Another will join the U.S. Air Force Nurse Corps as one of its youngest members. A third persevered through repeated challenges to earn a degree.

The students in this year’s graduating class already have accomplished a lot. If trends hold, they’ll go on to achieve much more — maybe even change the world.

In anticipation of commencement May 10-11, here’s a look at how a few of the notable members of the class of 2019 made their mark on campus.

Launching a scholarship — even before graduating 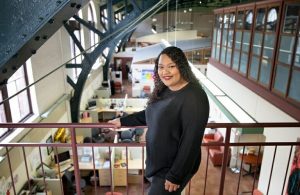 Abagail Catania, an agricultural business management major, took the unusual step of creating a scholarship for other undergraduates while still an undergraduate herself. She hopes to increase diverse representation in agricultural studies by encouraging other students of color to pursue majors in the field. It’s just one way the Chicago native has helped make UW–Madison more inclusive. Through her leadership with the student group Minorities in Agriculture, Natural Resources and Related Sciences, she launched an immersive, three-day program that brings minority high school students from Milwaukee to campus for college awareness and career exploration. Read more about her efforts here.

Finding a happy ending, despite many setbacks 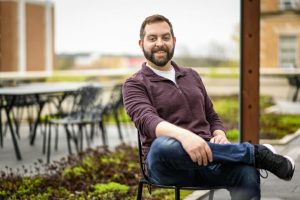 After dropping out of Madison West High School, Nicholas Jackson worked low-paying jobs while helping to care for his single mother, who died of muscular dystrophy when he was 20. His first attempt at Madison College failed — he dropped out after receiving an “F” in his first course. But a second effort produced a 3.7 GPA, and he’s continued to find his academic footing and excel at UW–Madison. In recognition of Jackson’s accomplishments, the School of Human Ecology has chosen him as its flag bearer for commencement. Get inspired here.

Soaring above the clouds to help others 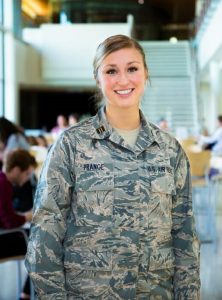 Upon graduation from the School of Nursing, Delora Prange will become one of the youngest members of the U.S. Air Force Nurse Corps. The Nashotah, Wisconsin, native took the rare and difficult step of earning her nursing degree while simultaneously undertaking officer field training through the campus Air Force ROTC program. Learn about her first F-16 ride here.

For his honors thesis, he surveyed Hispanic and Latinx students about their experiences with mental health care services on campus. His conclusions will help make those services more accessible and inclusive. He initiated the position of health and wellness chair at his fraternity, Chi Psi, and this past year he served as a student voice on a university committee promoting campus wellness. He’ll give remarks at commencement May 11 on behalf of the senior class.

Improving the quality of life for women

Milwaukee native Caroline Matkom founded the UW–Madison chapter of Circle of Sisterhood, a non-profit created by sorority women. The chapter so far has raised $25,000 toward its goal of $40,000 to open a school for young women in Senegal. The school could open as early as this fall. Matkom also is the current president of Project Malawi, a campus group that aims to improve the quality of life for women in the African country. As senior class vice president, Matkom will introduce commencement keynote speaker J.J. Watt at Camp Randall.

Having hands-on experiences with computers 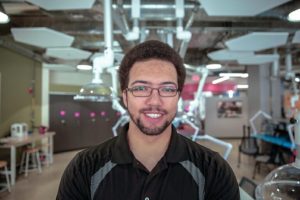 Build a computer? Check. Write an operating system from scratch? Check. Devin Lafford, of Milwaukee, has done all that and more as a computer engineering major. As a student employee, he wrote software in the Simulation-Based Engineering Lab. His most recent internship was at ARM, the company that designs the processors in most of our phones. Learn what lies ahead for the tech expert here

Graduating from college — with your mom 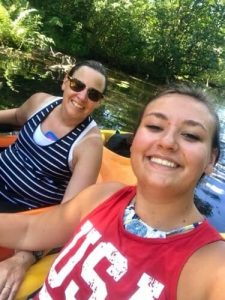 No, it’s not an awkward Melissa McCarthy movie. Stephanie and Shelby Brandsma got along just fine as fellow students at the School of Social Work. In fact, when Stephanie had a question about her studies, she could turn to her mother — “my own personal mentor in my back pocket,” as she puts it. The two will be graduating together. Stephanie is earning a bachelor’s degree in social welfare; Shelby will be hooded with a master’s degree in social work. Read more about the mother-daughter duo here. 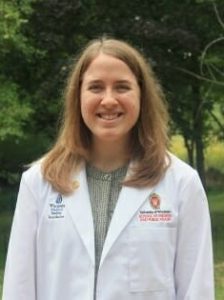 Mary Finta’s mother was a physician in Marshfield, and it was hard for them to even get through a visit to a grocery store without being approached by a patient.

But now Finta, who is graduating with her Medical Doctor degree this week, is also entering rural medicine. Read more about how the Wisconsin Academy of Rural Medicine program at UW–Madison’s School of Medicine & Public Health prepared her.

Inspired by her brother’s injury 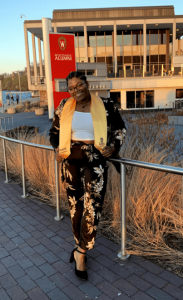 Stefanie Henry will graduate from UW as a double major in neurobiology and French, along with an extensive background in nervous system trauma research that is inspired by her brother’s spinal cord injury.

“From a very early age, I became interested in his condition and why he couldn’t walk,” Henry says. “I never got straightforward answers, so I started looking for them myself.”

A passion for writing 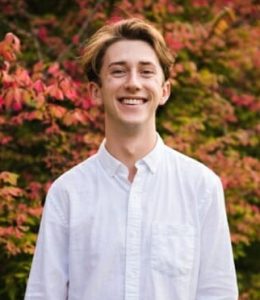 Initially planning on becoming an astrophysicist, Logan Rude’s academic and career path shifted drastically after taking an intro journalism course to satisfy a degree requirement. It instantly clicked, propelling him into a wide array of positions during his four years at UW, such as the editor and chief of EMMIE Music Magazine and a monthly music columnist for Madison Magazine. This fall, he and his friends will launch MIMS, or Music Industry for Madison Students, a group that will bring in people who work in the music industry to talk with students who are interested in similar career paths. Although most of his writing has explored larger topics through the lens of music and art, he recently was a lead writer for Curb Magazine, for which he wrote “Land of the Free?” a feature length story on life after prison.

Helping to cast a wider net 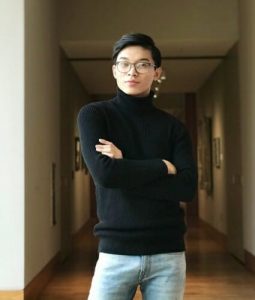 Growing up in the Philippines, Kent Mok never doubted he would go to college. But after an economic crisis bankrupted his family and forced them to emigrate to the U.S., he was suddenly plagued by one question: how he could afford it. Luckily, the Posse Program recognized his talents and passion for research and awarded him a four year, full-tuition leadership scholarship. During his time at UW, Mok has realized his academic dreams while also staying connected to his Filipino roots. He has studied the effects of mindfulness on stress and performance, served as the facilitator and coordinator of the Filipino Language Table, and investigated the effects of traumatic brain injury on neural regeneration, for which he was accepted into the Janelia Undergraduate Scholars Program. And, as a volunteer at the Wingra Family Medical Center, he serves predominantly low-income and immigrant populations – the two cores of his identity. “Whatever specialty I go into, I really want to cast a wider net of people in those populations, because I think that they’re the ones that are in the shadows of the healthcare field,” he says.