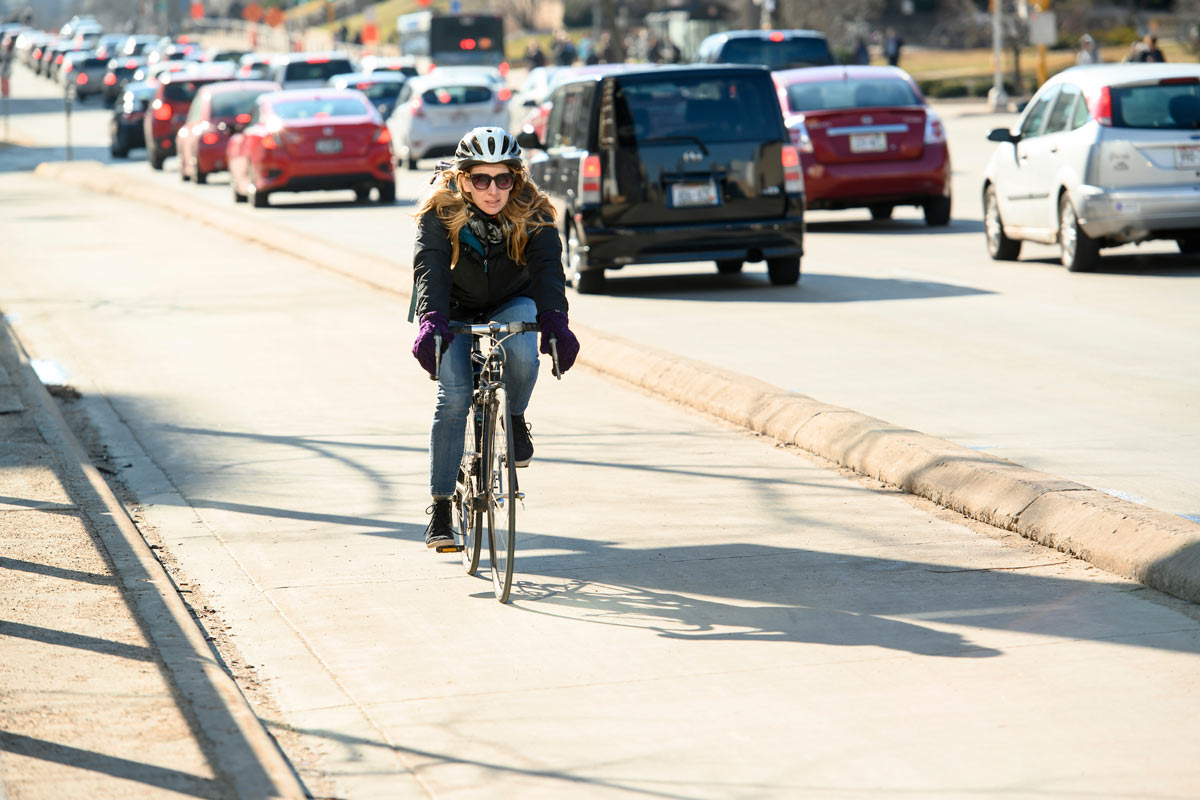 Two colliding crises pose a grave threat to human health: One is the rapid rise of chronic disease worldwide. The other is the global climate crisis.

In a white paper released today, the Health-Oriented Transportation (HOT) team at the University of Wisconsin-Madison Global Health Institute (GHI) shows that walking and cycling instead of driving can avert thousands of deaths due to chronic disease in the United States and improve the environment.

“It is clear that increasing active transportation, and in particular cycling, will bring about significant health benefits through increased physical activity, reduced air pollution and increased resistance to communicable disease,” the report concludes.

Currently, less than one percent of trips are taken by bicycle in most U.S. cities. Increasing that percentage to 40 percent, as in the city of Amsterdam in the Netherlands, would reduce U.S. deaths by 70,000 a year, the HOT research shows.

Though the U.S. is not expected to achieve the Amsterdam standard anytime soon, the analysis shows significant health gains at lower levels of ridership. The findings show that increasing the nationwide rate of bicycling to six percent of trips—the same rate as in Madison—would have significant impact:

“One of the best ways to improve our nation’s health, while at the same time lessening our contribution to climate change, is for more people to leave their car behind and hop on a bike instead,” says GHI Director Jonathan Patz, the John P. Holton Chair of Health and Environment. “Transportation is our nation’s largest greenhouse gas emitting sector, contributing to the global climate crisis and health challenges. Increasing the percentage of cycling means reducing the number of trips made by automobile, which can have further positive impacts.”

The data analysis was partially funded by Trek Bicycle that looked to HOT’s data modeling and analysis expertise to estimate the health benefits of increased commuter cycling in terms of all causes of death, cardiovascular disease, colon cancer, breast cancer, depression and dementia. The increase in cycling during the COVID-19 pandemic provided a distinct scenario and data set to compare to pre-pandemic activity. HOT also tested other scenarios, looking at different outcomes based on the percent of trips taken by bicycle. The team looked at the health and climate benefits due to better air quality from reduced car miles.

Trek sees the findings as more reasons to reduce automobile use.

“The benefit of being a bike company is that we make a product that can make a positive impact on the world,” says Eric Bjorling at Trek Bicycle. “Riding a bike is not only fun, but has enormous physical health benefits and can offset carbon emissions when you replace a car trip with a bike trip. It’s always been our mission to get more people on bikes, especially since riding is climate action and it’s an easy, low impact way to stay physically active.”

Original story by Ann Grauvogl for the Global Health Institute.